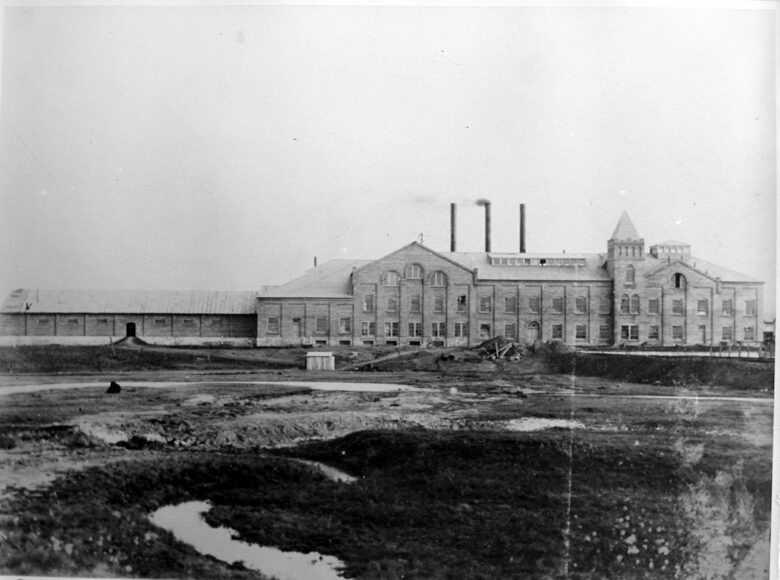 In early 1901, Jesse Knight, a wealthy Mormon businessman from Utah, travelled by rail across an empty prairie in Canada’s Northwest Territory. As he looked out the window of the train near present-day Raymond, Alberta, Canada, he said could visualize a fine settlement there.1 Over the next twelve years, Knight invested heavily in the region. He bought land, built a sugar factory and started a community. Charles A. Magrath, a contemporary of Jesse Knight, said “My

opinion is that Southern Alberta should never forget what it owes to Jesse Knight … .”1 What were Knight’s motivations? Magrath said that at the time it was “impossible to get capital interested in such an enterprise in a new and sparsely settled country …”1 Yet Knight poured hundreds of thousands of dollars into the venture.2 His work in the development of Southern Alberta and efforts to provide work for the Mormon faithful were part of a religiously motivated mission for Knight that grew from a combination of personal religious experiences and urging from Mormon leadership.

Personal religious experiences that Knight had led him to his fortune and to subsequently use that fortune to better the Mormon people. A handful of experiences have been described by those around him. Charles A. Magrath said, “it has been stated that the mine which brought him very considerable wealth came to him through a vision”1 A 1908 article in the Lethbridge Herald described a dream in which Knight’s deceased daughter appeared over him telling him he would be led to a rich mineral deposit if he would resolve to be generous.3 When J. William Knight wrote his father’s life story he described this “vision” instead as a voice from heaven. He said that one day his father was prospecting in Utah when he sat down by a tree and heard a voice say, “This country is here for the Mormons.”4 Jesse Knight took that to mean that whatever wealth could be drawn from mining the region was to be used for the Mormon people. Sometime after this, Knight told his son that, “we are going to have all the money that we want as soon as we are in a position to handle it properly … I have never had any [impression] come to me with greater force.”4 In 1896 he found the ore deposit that would make him rich. J. William Knight said as soon as Jesse made the discovery he remarked, “I have done the last day’s work that I ever expect to do … I expect to give employment and make labor from now on for other people.”4 It should come as no surprise that when urged by Mormon church leadership to provide employment opportunities in Canada, Knight followed through.

William Knight said that it was difficult for Canadian officials to understand his father’s motives. He described a meeting where Jesse Knight was questioned about this. He said, “he reached into his pocket and pulled out [a] proclamation … and asked that it be read.”4 The proclamation had been issued by Lorenzo Snow, President of the Mormon Church. It said, “Men and women of wealth, use your riches to give employment to the laborer!”4 After the reading Knight said, “Gentlemen, this was a direct message to me …”4 Gary Fuller Reese spends considerable effort demonstrating that Knight’s motives were mixed between profit and religion throughout his business career. He said, “It is often difficult to determine the difference between philanthropy and business when Uncle Jesse was involved. … it can be said that many of his business ventures were both philanthropy and profit-seeking.”5 There are other contemporaries of Knight backing up this description of his motives. In describing the Raymond sugar factory, Charles A. Magrath said, “[it] was not built as a commercial enterprise so much as for the benefits of the settlers in the surrounding country.”1 Although there is ample evidence that Knight had strong desires to use his fortune to benefit people, it is clear that he considered the merits of the Canadian project before agreeing to it.

Even though there was a beginning of a sugar beet industry in Utah at the time, one historian noted that when Jesse Knight was first presented with the idea of building a sugar factory in Canada he thought it absurd.2 The idea of growing and refining sugar in the Mormon settlements in Canada had been percolating in the mind of John W. Taylor several years before the Raymond factory came to fruition. Taylor was one of Twelve Apostles in the Mormon church, the second highest body of the church, and an early promoter of Mormon settlement in Canada. He likely would have been aware of the church’s backing of a beet sugar factory in Lehi, Utah in the early 1890s.6 As early as 1892 he had tried to interest others in growing sugar in Southern Alberta.2 In 1900 Charles A. Magrath, a land promoter and close associate of John W. Taylor, distributed beet seeds to settlers in the region. The resulting beets were sent to the factory in Lehi to be tested. The results showed promise.1 Taylor put Magrath in contact with some people in Salt Lake City, Utah who had expressed interest in developing a sugar plant. Magrath said he was “unable to make any headway with the proposal.”1 It may have been on this same trip that Magrath and Taylor met with Knight. Taylor had been authorized by church authorities to interest Knight in the colonization of Southern Alberta.2 According to one historian, Taylor and associates specifically sought out Knight because it was generally known that he was “a man of substantial means” and was trying to provide opportunities for people.7

Knight’s first impulse was not to build a factory. He sent his two sons O. Raymond and J. William Knight to consider the ranching opportunities. Shortly after his son’s return, Knight agreed to the purchase of 30,000 acres of land near Spring Coulee, Alberta.1 Soon after, he travelled to Canada to see the land he had purchased. It was on this trip that he was convinced to build a sugar factory. William G. Hartley wrote that “Canadian Stake President Charles O. Card, Apostle John W. Taylor, and non-LDS developer Magrath convinced Jesse to develop beet sugar manufacturing as an industry in Alberta. … the more Apostle Taylor talked to him the more convinced he became.”2 When you consider the religious experiences that led to Knight’s acquisition of wealth and the proclamation from Lorenzo Snow, this pressure from Taylor likely hit with force. Before he left Canada, Knight had committed to a factory and left a $50,000 guarantee.1

It was clear that there was considerable involvement in the project from the leadership of the Mormon Church. When the Knight Sugar Company was established the board of directors included all three members of the church’s highest governing body, the First Presidency, and shareholders included members of the Quorum of the Twelve Apostles.2 Hartley explained that the church had moved away from directly funding projects like this, as they had with the Lehi sugar project, and instead looked to wealthy members of the church to provide the funding. He went so far as to say that Joseph F. Smith, President of the Mormon Church, “pushed the project.”2

Over the years several historians have explored Knight’s motivations as part of their research of broader topics. The conclusions have been consistent. John R. Hicken devoted an entire section of his thesis to Knight’s motivations in settling Raymond. Speaking about the founding of Raymond he said, “It exists because of the religious convictions and humanitarian nature of Jesse Knight.”8 Hicken acknowledged financial motives for Knight, but noted that “ … his initial motive was oriented in his religion, and was not dependant on a profit margin.”8 Gary Fuller Reese described Raymond, Alberta as one of “the two great living monuments” to Jesse Knight’s philanthropy.5

Ultimately the factory closed. According to Magrath, “the settlers found it more profitable to grow grain during war.”1 J. William Knight said that “it seemed impossible to get the farmers to grow sugar beets in sufficient quantity to make the industry profitable.”4 In spite of Knight’s religious convictions to open the factory, when profits did not materialize he closed it. In the dozen years of its operation the factory had provided employment and opportunities for as many as 1500 Mormon settlers in the region.2 Knight had fulfilled his religious mission to use his means for the well being of the people and the Mormon church had solidified its presence in the region.

This article is adapted from a paper I recently wrote as part of my studies at the University of Lethbridge. 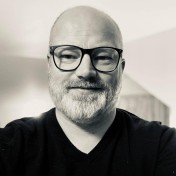 The History of Mormon Settlements in Canada